The pinhole - Photography as a spiritual practice

Is there such a thing as magical and spiritual photography? I would say that a photographer may capture something else than reality, whatever that is. But this effort requires an exraordinary photographer - like the american biologist and photographer Carll Goodpsture. 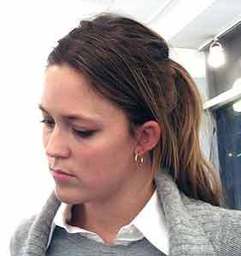 Skrevet av Cecilie Tyri Holt
Medarbeider, kunsthistoriker
Kategori: Annet
From the very beginning, whether lensed or pinhole, photography both fascinated and frightened man as he wandered in search of his rightful place in the universe. Lauren Smith, 13.

First Norwegian release
Carll Goodpasture, who has lived in Norway with his wife since 1990, is the man behind the book Conversations with a Star. Norwegian Shore in Solstice Light - the first release on pinhole photography in Norway.

() it is no accident, but rather a marvel, that through a tiny circular opening dreams and other realities can leave their enchanting design. Terence Pitts, The Visionary Pinhole, 9.

Patience and magic
As opposed to modern photography, creating a pinhole photograph requires patience due to long exposures, often several hours. Pinhole photography represents the complete opposite of catching the moment witch is one of the photographic mediums main characteristics. A pinhole photograph is in many ways more comparable to the cinematic medium because of its ability to document a scene over a period of time.

In many ways the pinhole technique and its aesthetic expression challenge the common definition of what a photograph is. We are used to looking at photographs as evidence of something that has happened, and as expressions of reality. We believe in a photograph telling us the truth, rather than a painting being an indisputable representation of something objective and real. But actually what is the truth? And what stops the truth from being magic? Goodpastures exceptional pinhole photographs are real, intuitive, and at the same time enchanting. Not many photographic works can be described this way.

While society continued to recieve photographic messages about what it should or should not want, think, purchase, and be, the pinhole artist turned his back on convention and convenience. With his own hands, the pinhole artist fashioned cameras that would allow him to employ chance, coincidence, and intuition as he explored the mysteries of life. Lauren Smith, The Visionary Pinhole, 15.

Old and new techniques
There are generally speaking very few publications on pinhole photography, and Goodpasture has published the first book about this technique in Norway. In the unique photo project Conversations with a Star. Norwegian Shore in Solstice Light he has created dream-like presentations of landscapes during the summer and winter solstice.

Goodpastures photographs differ from other traditional large-format landscape photography. He explains that the negatives are scanned into digital files, sharpened and printed in smaller sizes than the negative. When presented with Goodpastures pinhole photographs, other photographers immediate response is often I have never seen pinholes like that! Why is that?

- Well, for one thing, never point a pinhole at the sun because light-flare will ruin the image. Ive found ways to control and use the effect of light flare as an expressive tool and as an element in composition. Note that about half of the pictures in the book include the suns disk in order either to create flare or to enhance the intrinsic very low contrast, which is the nature of the beast in pinhole. Most of the pictures in the book do indeed surpass traditional pinhole in regards to image sharpness. I use exposures that result in not whats seen but whats hopefully envisioned.

Goodpasture admits pinhole photography is a technically challenging process often marked by strange distortions like flare, the photographs are never quite sharp, usually with strong vignette in density, contrast, resolution, infinite depth of focus - but it is precisely this random aspect that creates the mysterious expression that can place the
pinhole photograph between fact and fiction.

Man is ultimately a dreamer who searches for the rainbow´s end, who wishes upon the evening star, and who might even call upon a wandering fortune teller. The pinhole describes a man´s reverie () Lauren Smith, The Visionary Pinhole, 16.

Goodpasture writes in the book Conversations with a Star: While it`s fascinating to discover an alternative process like pinhole, one still has to translate perception into picture. I was also drawn to the simplicity of pinhole and excited by the idea of reducing my technological footprint.

Goodpasture use the photographic medium differently than most of the other photographers today by way of the time-consuming pinhole technique, and the motives and themes he chooses to show us. He arranges so that nature can present itself as it appears in the light of itself - not controlled and manipulated by man.

In a conceptual sense, the camera work is an attempt to visualize the elements of human consciousness that contribute to our understanding of the natural and cultural history of a place. Carll Goodpasture, Imagining Place.

Goodpasture can be viewed in relation to a long tradition of landscape photographers who has documented nature. But he stands out because of the way he is working with natural phenomena. He presents the way astronomical events such as sunrise, sunset, equinox, winter and summer solstice affect nature.

- The pinhole photographs were taken at celestial turning points, thus playing with the idea of mapping the Zodiac and tracking the sun´s seasonal traverse. The term Solstice Light in this sense alludes to celebrating man´s place in the cosmos, an intellectual activity to which humans have dedicated themselves since Paleolithic time: the attempt to make sense of the movement of the heavenly bodies thus inventing myth, creation stories, and the calendar.

Goodpasture is a photographer that follows the sun. His photographic expression is characterized by honesty, but also magic. The works presented in Conversations with a Star are at the same time beautiful, tranquil, unexplainable, moving, enchanting and real - photographed on nature's own terms, facilitated by a man and an artist of nature. 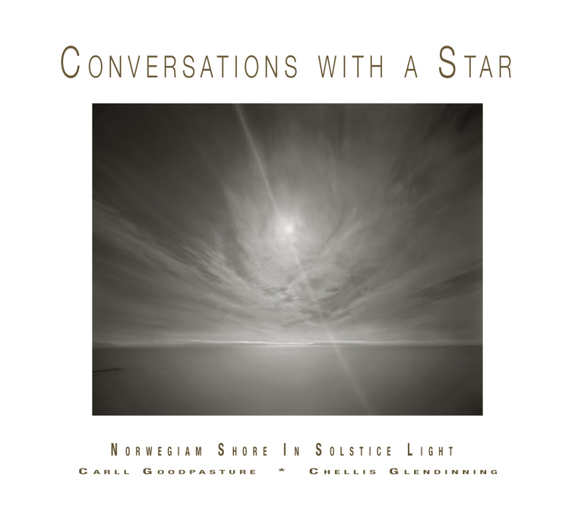 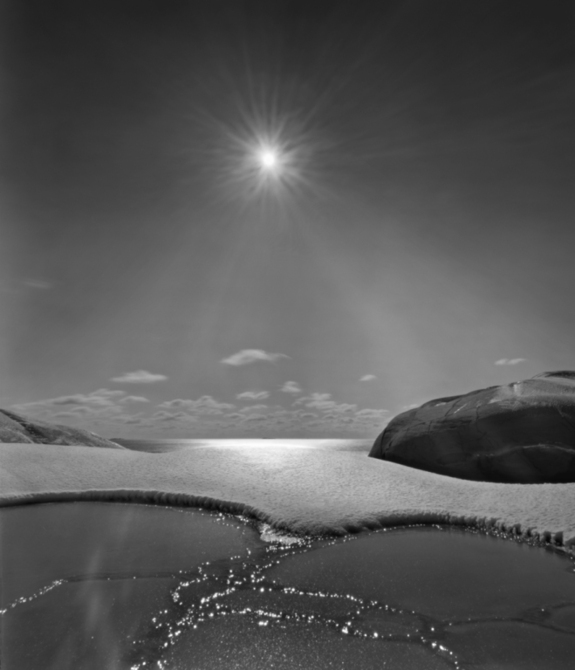 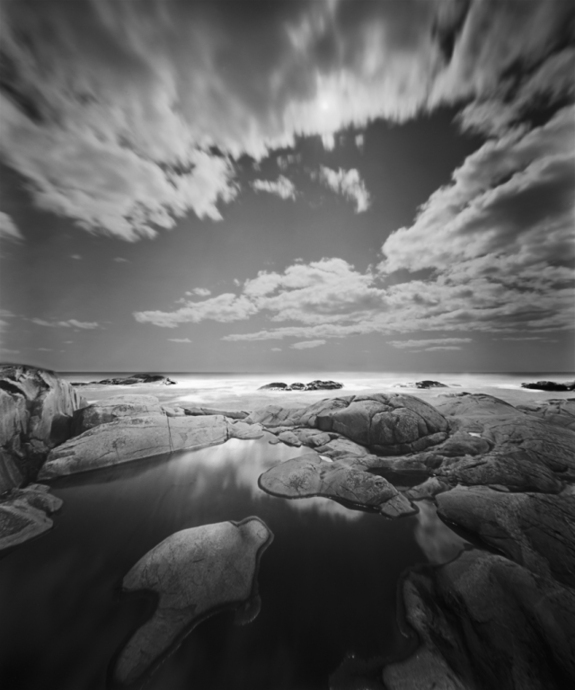 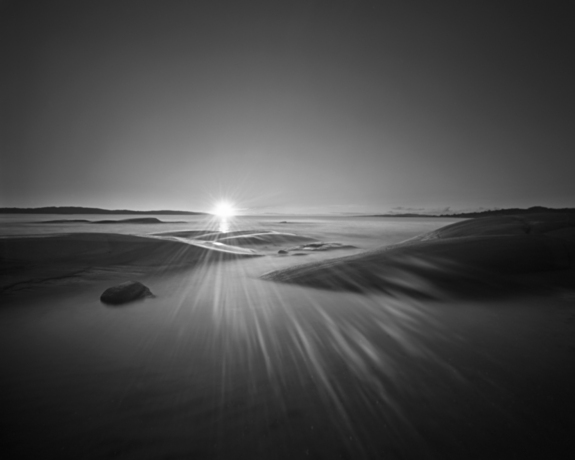 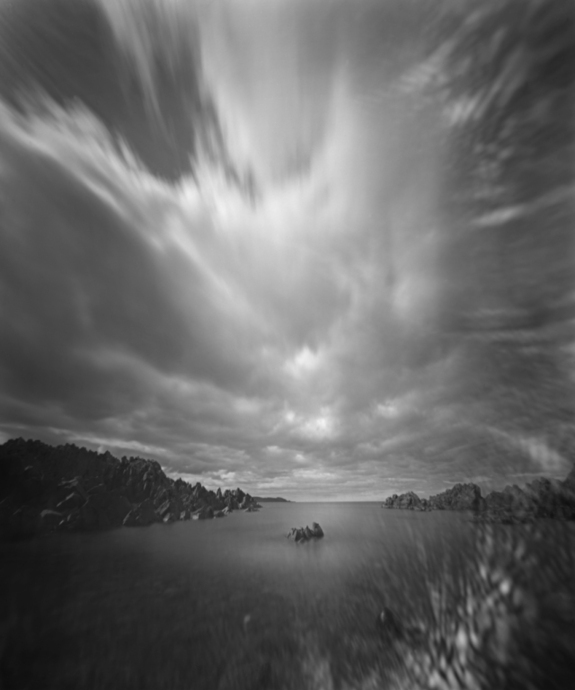 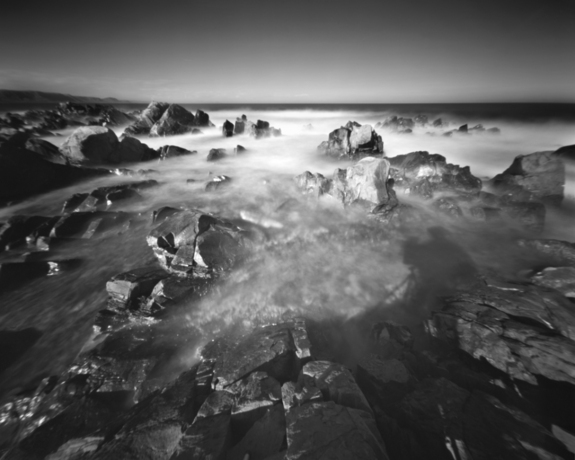